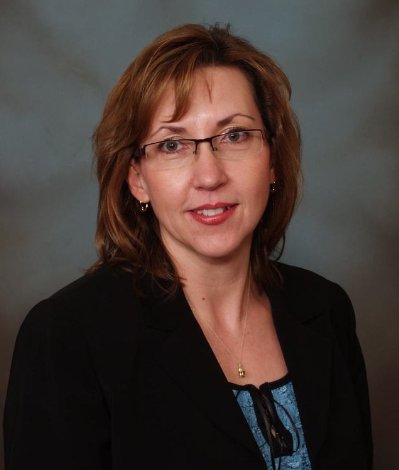 Thanks for joining me, Lana. I’m always interested in motivation. The blog is yours. Take it away.

Thank you so much for having me, Margery! Iâ€™m excited to be part of Love Historicals with you! Today, Iâ€™d like to share my latest release, Unraveling Secrets. This historical romance is set in Victorian London (1880â€™s).

After writing three books set in medieval England, readers have asked what drew me to Victorian times. First of all, I love reading historical romances set in any time period, but for some reason, the Victorian period is especially appealing to me. I suppose itâ€™s because of the changes people were experiencing in their daily life. There were so many new inventions, from transportation to the sewing machine, the typewriter, and the flushable toilet. What interesting times that mustâ€™ve been. But with these changes came some growing pains, especially in London and other large cities. All that provides so many ideas for stories!

To be a good writer, I think you have to become part psychologist. ïŠ To create believable characters, it helps to have a basic understanding of people, from their motivations, to their flaws, to their strengths. The better you understand people, the better your story. In studying characters, you get the chance to learn a little more about yourself!

One of the most helpful things I learned as Iâ€™ve studied people was the different things that motivate us. Discovering this can give you a lift no matter what youâ€™re trying to accomplish, whether itâ€™s getting healthier or writing a book. Some people are motivated by competition, some by being told they canâ€™t do it, others by breaking things down into small tasks, or by promising themselves a reward when they reach their goal.

A great book on this topic that I highly recommend is Life the Life You Love by Barbara Sher. It has a great way to help you figure out what motivates you and how to use that to accomplish your goals.

For me, my motivator is definitely breaking things down into small tasks. Writing a 400 page novel sounds incredibly intimidating, but I know that I can write one page. By focusing on just that small step, I am in the process of writing my fifth book! So what about you? What motivates you?

I’ll check that book out since I’m not really sure what motivates me. It seems to change from day to day.

Now, can you tell my readers a little about yourself?

Books have always held a magical appeal for me. They transport you to places you’ve never been to, introduce you to fascinating characters, and I’m a sucker for happy endings. Reading books, especially romance, has always been a family event for me, something I share with my mom and my sisters.

The process of writing has a magic all its own. After several years of studying the hero’s journey story arc, I’ve realized that while the first kiss between the hero and heroine is important, it’s the moment before the kiss that can create the biggest emotional punch.

My first book is A Vow To Keep, followed by Trust In Me, then Believe In Me, all part of a trilogy set in medieval England.

My fourth book is Unraveling Secrets and is set in Victorian London.

I live in the Rocky Mountains with my husband, our two boys, and two labs. 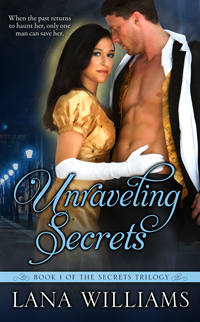 Hereâ€™s a little more about my latest release, Unraveling Secrets:

When her father’s murderer returns from the dead to threaten her family, Abigail Bradford attempts to warn him off, but soon learns chasing a ghost is no easy task.

Stephen Nolton, Viscount Ashbury, stumbles upon Abigail in the dirty streets of London’s East End. Able to read auras of good and evil after an electromagnetic experiment went terribly wrong, Stephen hovers on society’s edge, keeping secret his unique skill and personal mission. Despite his fascination with the lady and her unique golden aura, he intends to keep his distance.

Desperate to protect her family, Abigail turns to the one man she believes can aid her. In Stephen’s arms, she finds so much more than she hoped. Stephen tries to resist his desire for the independent beauty, afraid she’ll unravel his secrets. But when he discovers the murderer is linked to his own past, he must decide how much he’s willing to risk for love.

Hereâ€™s an excerpt from the beginning of Unraveling Secrets:

Abigail Bradford followed her quarry through the unfamiliar cobbled streets of the East End, her heart pounding with fear, wondering if she trailed a ghost.

â€œNo. How could it be? Vincent Simmons was hung for murdering my father ten years ago.â€

Yet his tattered bowler hat bobbed above the crowd just ahead in the evening twilight, the man blissfully unaware of his pursuers.

Thomas had spotted a man loitering outside their Mayfair home last week and chased him off. The same man had returned two days later, allowing Abigail to catch a glimpse of himâ€”and sheâ€™d nearly dropped to her knees. His was a face sheâ€™d never forget, one that still haunted her nights.

Thomas had followed him to a tavern then to his lodgings in Alsatia. Tonight, theyâ€™d caught sight of him making his way home from The Ox and Crown Tavern where he seemed to be a regular, according to what little Thomas had discovered.

Abigail stumbled on the uneven cobbles, her gait awkward in the oversized boots she wore.

â€œMiss, no offense, but you walk like a girl,â€ Thomas grumbled. â€œCan you lengthen your stride?â€

Abigail tried to do as he suggested, but the brown trousers she wore were a bit snug. The coarse shirt and wool jacket felt bulky on her slim figure. â€œIs that better?â€ she asked.

Thomas merely sighed. Heâ€™d been appalled when sheâ€™d insisted on coming along on this venture, advising her that a lady could not roam these rough streets. When sheâ€™d refused to stay behind, heâ€™d procured a mismatched set of boyâ€™s clothes to disguise her.

Thanks so much for visiting with me today, Lana. Wishing you much success with Unraveling Secrets and your other books.