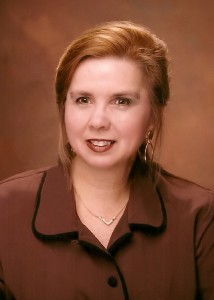 Please help me welcome author and loop buddy Mary Marvella to my blog today to talk about her latest book, Protective Instincts, and choosing just the right bad guy for your novel.

Thanks for taking the time to visit today, Mary. Villains are so much fun to create, and I’m always interested in how other authors come up with their evil people.

In Protective Instincts someone wanted to kill Brit, my heroine, but who? She told me she was a widow, so I searched for the person who killed her husband years ago. Maybe he was back in the picture. That person needed to be a professional killer, but I didn’t want the same kind of killer I had seen before. What if he killed each person in a different way? Hmmm. With that question details began to bombard me and Douglas Drake came to life in my mind and on the pages. He had to be the best at what he did and thoroughly dangerous and a tad crazy. His personality and backstory revealed themselves as I put him through his paces. I couldn’t reveal all he told me, but I got a good feel for him. He wanted to attack Brit in her classroom and try to rape and kill her. That could work. Though I couldn’t allow that, he had to try and I needed a way to stop him!

Sam, the father of one her students, had let me know he found her attractive, but the scenes with my hero and heroine doing the flirting thing was much too same old stuff. I had read scenes like them more times than I could count. I liked the story and my characters, but something was missing.

After I finished the original version I had an epiphany, or rather Douglas goaded me by saying the book was boring. Both of my parents had died and my husband and I had separated and I was marking time with my revisions and edits. I challenged Douglas to try to write the story better if he thought he could, and he did! He did things I had never seen a villain do in a romantic suspense and Brit and Sam rose to the occasion and became stronger from necessity!

The more I wrote the more Douglas told me about his childhood and what he valued and what needed. I had written the story and thrown Brit and her hero into dangerous situations, but Douglas challenged them in more ways than one. Some of my critique partners consider Protective Instincts his book. Sam and Brit disagree. I am stopping now to avoid a spoiler. 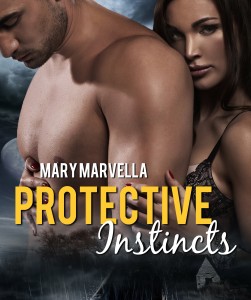 Blurb
They met because he had premonitions and she was in peril. But you will never believe why they fell in love. Paranormal romance at its best.

After mourning the loss of her husband, Brit Roberts manages to pick up her life as a teacher for a rural Georgia High school. Things are fine until anonymous phone calls turn creepy and her life is endangered. It’s not until Sam Samuels, shows up to check on her that she finds a little peace, if not a slight attraction to the handsome yet meddling security specialist.

Sam Samuels isn’t just the father of one of Ms. Robert’s students, he’s a man with premonitions so strong, they make him ill. So when he meets his son’s teacher and pain kicks in, he knows something’s awry but can’t put his finger on it until he interrupts an attempt to kill the teacher. Sam makes it his personal goal to protect her, only he didn’t count on falling for her.

Someone wants Brit, and now Sam, dead too. Could the death of her ex husband be part of the reason? Can Brit and Sam navigate a relationship despite both of their headstrong natures?

You can find Protective Instincts on Amazon.

Bio
Mary lives north of Atlanta, Georgia where she tutors, edits freelance and for a small publisher, and writes the stories her characters make her write. She doesn’t have a muse, she has pushy characters. Mary writes southern fiction. Love, Lust, Southern Comfort and Sweet Tea!

Thanks for joining me, Mary. Best of luck with Protective Instincts.