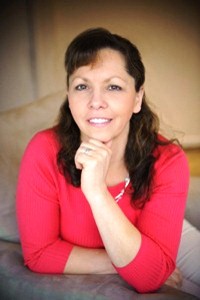 I’m thrilled to welcome YA author PJ Sharon to my blog today. Not only is she a fabulously talented author, but an accomplished athlete as well. Don’t mess with her – she’s a karate master 🙂 Now, here’s PJ.

Thanks so much for inviting me today, Margery. Iâ€™m happy to be here to answer your fun questions. I hope your readers find my answers equally as entertaining.

Thanks for joining me, PJ. Can you tell us a little about yourself?
Writing “Extraordinary Stories of an Average Teenage Life”, I take what I’ve learned from my own life experiences and create characters and stories about the difficulties of walking that line between being a kid and becoming an adult. I’ve traveled far to get to this point in life, but I’m a happy, healthy person these days, and want to let teens know that no matter how bad life gets, it can always get better–have hope!
I live in the Berkshires with a dreamy husband, a faithful lab/husky mix named Zak, and I’ve successfully raised two sons who are on their own hero’s journey. When I’m not writing and publishing my books, I spend my summers kayaking the lakes and ponds in New England, and my winters snow shoeing in the 6000 acres of woods behind my house…aaahhh, bliss!
Fun facts about me: I have a black belt in karate, sing opera, and can still do a sit spin with the best of them.

If you could live anywhere in the world, where would it be, and why?
I had a taste of the Mediterranean last year when I took a cruise with my mother-in-law. There were so many wonderful stops, but the Greek islands were amazing and Palermo, Sicily was breathtaking. I could definitely spend a few years living in Europe and traveling from country to country and island to island. Somehow, I can see myself settling in a villa on a vineyard in Naples or Tuscany. Oh yeah!

Tell us something about yourself that others may find surprising.
Iâ€™ll only share this with your readers so theyâ€™ll have a better understanding of why I write the books I write. I was a mom at seventeen. When I found out a week after my mother died of cancer that I was pregnant, I had just started my junior year of high school. Talk about growing up fast! My son turned out to be an incredible blessing to me. He helped me remember that life goes on and that there is always a bright spot on the horizon. 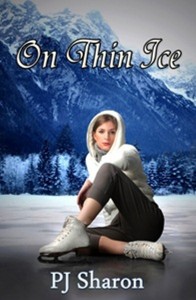 How many books have you written? Do you have a favorite?
Iâ€™ve published three young adult novels this past year, with a fourth coming out at the end of September. I love them all like they are my children, but I think ON THIN ICE resonates with me the most. The main character, Penny Trudeau and I share many experiences in common, including several years of figure skating lessons, a sick mom, and a teen pregnancy. I was really able to share a lot of myself through Pennyâ€™s story. Writing it was very cathartic. Iâ€™ll be giving a signed copy to one of your readers today. All they have to do is leave a comment and let me know theyâ€™re interested in reading the book.

Seventeen year old figure skater Penny Trudeau is a liar. She knows it, hates it, and canâ€™t help herself. The truth is too hard and ugly. Her mother is dying of cancer, her father treats her as if sheâ€™s invisible, and she is starvingâ€”for food, for love, for acceptance, and mostly for the perfection that is just beyond her reach. When she finds comfort in the arms of Carter McCray, a hockey hunk a few years too old for her, the lies begin a chain of events that have dire consequences, not the least of which are a rape she canâ€™t remember and a pregnancy she canâ€™t ignore. If she reveals her secrets, will the shock and disappointment mean the end for her mother? Or has her mother been keeping the biggest secret of all?

ON THIN ICE is available now (for your Kindle or in print), B&N and Smashwords

What are you working on now?
Iâ€™m in the final editing stages for the first book in The Chronicles of Lily Carmichael trilogy, a YA Dystopian story. Book One is called WANING MOON, which is set to release September 28th. Hereâ€™s the back cover blurb.

In the year 2057, in a post-apocalyptic world where a global shift threatens the remainder of the population with extinction, sixteen-year-old genetically enhanced Lily Carmichael has more immediate problems. Her uncle is dying of cancer and her healing abilities are ineffective against the blood ties that bind them. In order to find a cure, Lily must leave the protection of her quiet town and journey into the trading city of Albany, all while avoiding the Industry, an agency that would like nothing better than to study and exploit her abilities.
Seventeen-year-old Will Callahan has been searching for his father since severe storms blasted through the Midwest, killing his mother and sister. When he learns that his father may be in the city, he catches a ride with Lily, a girl who has come to his rescue more than once. As the two embark on a dangerous journey, the tension between them grows. But the secrets Willâ€™s keeping could put Lily in far more danger than traveling to the city with him, and if he was any kind of man, he would have told her to run the minute she found him.

I also just finished a companion short story called SOUL REDEMPTION which will be part of the WG2E October Anthology. The story is a prequel to the trilogy and is told from the point of view of Lilyâ€™s younger brother Zephron, a troubled thirteen-year-old who is dealing with a powerful dark side that could cost his family everythingâ€¦or might just save the world.

When you were a child, what did you want to be when you grew up?
Great question! My earliest memory of a future profession was when I learned to read and wanted to be a teacher. Then I started reading Nancy Drew mysteries and decided I would be a detectiveâ€¦or a cop. That lasted for a few years until I decided I wanted to be a doctor. But after seeing my mother go through her cancer treatment, I decided Iâ€™d had enough of dealing with doctors and hospitals. I realized I still wanted to help people, and since I was somewhat of a jock, I found physical therapy fascinating. My dad suffered many orthopedic issues due to a bad motorcycle accident heâ€™d been in when he was younger, so I got to see him go through years of PT. Thatâ€™s where I finally landed in my twenties. I went to college as a single parent and worked as a PT Assistant for nineteen years while raising my sons. Eventually I became a personal trainer, yoga instructor, and massage therapist, and opened a private practice which is thriving and wonderfully satisfying.

What are you reading now?
Iâ€™m reading MY LIFE NEXT DOOR, a contemporary YA by Huntley Fitzpatrick. Huntley is a good friend through the CT Romance Writers of America. She is one of the sweetest people I know, and I am totally floored by her debut novel. Itâ€™s beautifully written, the characters jump off the page, and I guarantee youâ€™ll want to be their best friend.

Thanks so much for visiting with me today, PJ. I’ve enjoyed learning more about you and your books.

PJ is graciously offering “mystery swag gift” as well as a free book. Don’t forget to leave a comment for TWO chances to win.