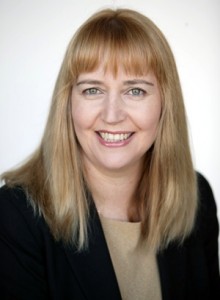 Please help me welcome historical author Bronwen Evans to my blog today. She’s visiting all the way from New Zealand to tell us a little about herself and about her latest release, A Kiss of Lies.

Hi, Margery. Thanks so much for inviting me to guest blog today.

I havenâ€™t been on your website before, so Iâ€™ll tell you a little bit about me. I live in New Zealand and Iâ€™m a romance author. Iâ€™ve been writing for a little over five years, my first book, Invitation to Ruin was released in March 2011. It went on to win the RomCon Readersâ€™ Crown Best Historical and was a RT Reviewersâ€™ Choice Best First Historical Nominee.

Iâ€™ve just released my eighth book, A KISS OF LIES, book #1 in my Disgraced Lords Regency series. I had so much fun writing this book because the characters were such survivors, and who doesnâ€™t love to root for the underdog.

My hero, Christian Trent, Earl of Markham, was badly burned at Waterloo (read a FREE prequel on my website) and his life changed overnight. He was no longer the sought after rake with the world at his feet. He became an embarrassment to Society. The grand dames did not want his badly burned face at their balls, but they couldnâ€™t overlook the war hero. His mistress deserted him, and the mothers who used to throw their daughters in his path now humiliatingly avoided him.

To top all that, one morning, he wakes in a brothel accused of raping the Duke of Barforteâ€™s daughter. The Duke and his son, Simon, shanghai Christian to Canada leaving him in a strange winter-land with no money and no proof of identity.

My heroine, Sarah Cooper, is basically sold into marriage to pay her fatherâ€™s gambling debts. Once she signs the marriage register, her husband steals her off to Virginia. She has no idea that the man she married is a cruel and sadistic plantation owner, who treats her little better than the slaves he forces to work his land.

How do they meet up? Christianâ€™s in York, Canada, and Sarahâ€™s in Virginia. Sarah manages to escape north to York, and sees an advert for the role of governess to the Earl of Markhamâ€™s ward. Sarah believes fate has brought her to Christian. She remembers Lord Markham from home, England. She knows sheâ€™s found a safe haven, a place to hide and lick her wounds, but then the passion between these two wounded people ignites, and suddenly their world is not so safeâ€¦

A pair of damaged souls ignite each otherâ€™s deepest passionsâ€”even as they tempt fate by deceiving the world.

Desperate to escape her abusive past, Sarah Cooper disguises herself as a governess in the employ of Christian Trent, Earl of Markham, the man who, long ago, she fantasized about marrying. Despite the battle scars that mar his face, Sarah finds being near Christian rekindles her infatuation. A governess, however, has no business in the arms of an earl, and as she accompanies Christian on his voyage home, Sarah must resist her intense desiresâ€”or risk revealing her dangerous secrets.
One of the renowned Libertine Scholars, Christian Trent once enjoyed the company of any woman he chose. But that was before the horrors of Waterloo, his wrongful conviction of a hideous crime, and his forcible removal from England. Far from home and the resources he once had, Christian believes the life he knewâ€”and any chance of happinessâ€”is over . . . until his wardâ€™s governess sparks his heart back to life, and makes him remember the man he used to be. Now Christian is determined to return to England, regain his honor, and win the heart of the woman he has come to love.

Mrs. Sarah Cooper, although ushered into Lord Markhamâ€™s study by invitation, immediately felt the waves of animosity rolling off him. Gone was the fun-loving, handsome, and jovial rake she remembered spying on in her youth. Instead, she found a man whose love for life seemed as snuffed out as last nightâ€™s candle.

She couldnâ€™t miss his scars, and saw that life had hurt him, marked him . . . as indeed it had her. He was badly burned over the right side of his face.

His once sensual lips appeared to curl at the corner as if he were permanently sneering. Lord Markham had let his hair grow longer than was fashionable and allowed it to hang about his face, probably in an attempt to hide the worst of his scars. As he swung round to greet her, she glimpsed his puckered cheek. The skin was pulled so taut, surely it must hurt to talk or eat. However, God had been slightly merciful, because his eye had not been damaged, nor much of the skin around it, he even had part of his eyebrow. Sheâ€™d always loved the green of his eyes, as warm and welcoming as a summer meadow.

They had that in common.

Even though sheâ€™d heard of his injuries, when she saw them her feet tripped in shock. His burns made her think of pain. Her heart welled with pity as she took in his scars. Gone was the smile that had had women forgetting everything, including propriety. Instead, the scars spoke of excruciating pain.

With her newfound inner strength, she steeled herself not to show any emotion. Besides, life on a slave plantation had introduced her to worse injuries.

Lord Markham, she was sure, would not appreciate pity. She needed to hide the fact that sheâ€™d seen him when he still looked like every womanâ€™s fantasy. If he thought she recognized him, it might prompt his memory, and she needed to remain anonymous. Sheâ€™d never been formally introduced to the Earl, and therefore felt a modicum of safety.

Since she was pretending to be a governess, normally they should never have crossed paths. For in which world would a governess ever mix with a bachelor earl? Nowhere respectable, certainly, and this position called for respectability. Sheâ€™d seen the type of women heâ€™d been interviewing before her, and seen them being shown the door.

Sarah prayed that the battle-scarred war hero sitting behind the imposing desk would remain unaware of how desperately she needed this position. Lord Markhamâ€”â€œDevil Scarface,â€ as the local Yorkers cruelly named himâ€”was not renowned for his sweet temperament. If he saw through her deception, there was no telling what he might do.

I hope you read A KISS OF LIES and follow the journey Christian and Sarah take to their Happy Ever After. If you do, email me and let me know what you think of their story.

Thanks for having me over today. Happy readingâ€¦

A Kiss of Lies is available on: Amazon B&N Kobo iBooks

You can keep up with Bronwenâ€™s news by visiting her website www.bronwenevans.com

Thanks so much for spending this time with me, Bronwen. I hope you’ll come back and visit again. Best of luck with A Kiss of Lies.