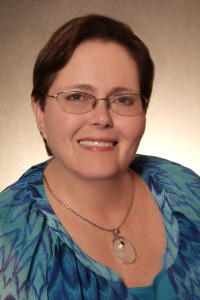 I’m thrilled to have my friend, Melanie Atkins, on my blog today to talk about her new release, Against All Odds.

Thanks for visiting, Melanie. The blog is yours. Take it away.

Margery, thank you so much for allowing me to guest blog. I have a new book out with Desert Breeze Publishing on Friday, February 21, and I wanted to tell you about it. Against All Odds is a full length romantic suspense set in New Orleans, Louisiana. The book is the third in a trilogy after Blood Bound and Above Suspicion, that came out in 2013. These books are darker than some of my other work, and I loved writing them. Nothing like darkness, romance, and grit to get my blood pumping. 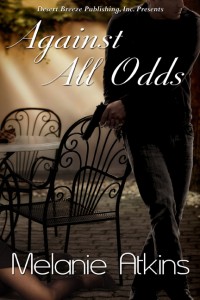 Blurb for Against All Odds:

Sienna Wright has it all: an exciting career, a handsome husband who is an ADA, and two beautiful step-childrenâ€¦ until a vicious murderer takes all away and sends her tumbling into a terrifying black abyss.
Detective Nate Lincolnâ€™s job is his life, and he jumps at the chance to reclaim his gun and badge once the department reinstates him after a long suspension. His first order of business is to solve the murders of Jeff Wright and his two children, a case that fell through the cracks.

Still shell-shocked after nearly a year, Sienna at first refuses to help Nate. Then someone tries to kill her, and in order to survive, she is forced to break free of her quagmire of depression and trust the man she once loved. Nate isnâ€™t sure he can solve the case, and yet he has to try. He would do anything for Sienna, even if she refuses to admit she still loves him.

“What else did the major say? We caught a case?”

“Yeah, a cold one. The murdered ADA — Jeff Wright. Remember that one?” Nate settled back in his seat and filled Jack in on the blood-soaked crime scene at the Wright’s upscale home as he negotiated the light Sunday traffic. “Our unit apparently hit a brick wall while I was gone, so Solomon handed it off to Cold Case — a colossal mistake, if there ever was one, because those guys sat around with their thumb up their asses, apparently. LeBlanc said Wright’s wife’s been calling headquarters at least twice a week for the past month, raisin’ hell about it.”

“Wait a minute.” Jack scowled. “I know Sienna. Didn’t you two date before she married Jeff?”

“Yeah, I was still seeing her when she met the bastard.” Nate gritted his teeth at the painful memory. He didn’t like to think about that depressing time in his life. He used to drink and party way too much. “She dated both of us for a while and picked him. Said she wanted someone steadier. Swore I was a bad influence.”

“Whoa.” Jack lifted his eyebrows. “That was cruel, man.”

“What can I say? She was right. And it was for the best, ’cause she loved Jeff.” Nate shook his head. “He made her happy. Two kids — a ready-made family — and a big, fancy house. He gave her a comfortable life. More than I could’ve ever given her. I didn’t have a pot to piss in, much less any kids.”

“Still, her choosing him must’ve gutted you.”

“Yeah, but not as much as losing Jeff and those kids did her. LeBlanc said she had a breakdown after the funeral and moved to Birmingham to live with her aunt. She’s still in Alabama, but right now she’s on the warpath with the DA and has threatened to sue the city ’cause we didn’t close the damned case. So the Major Crimes Section Commander turned it back over to us. He wants us to solve it yesterday.”

“You’d better talk to Solomon, find out why he tossed it to Cold Case.”

“Believe me, I will. I want to know why he gave up on it and has since refused to return Sienna’s phone calls.”

“Not a smart move. Give him my regards,” Jack said with a wry smile as he swung the sedan into the parking garage adjacent to the station.

Nate growled in response, but didn’t voice his true feelings about the case or Sienna. She’d broken his heart when she’d blown him off in favor of Wright, but he didn’t want Jack to know. All he needed was the facts. Sienna, a beautiful, headstrong woman, had been a popular reporter for the Times Picayune, yet she’d crumbled the night Jeff and kids had died. So much so, her doctor had hospitalized her after the funeral and kept her there until he’d found a family member willing to take care of her. Two days later, Sienna left Louisiana for Birmingham, Alabama. Nate had no idea how she was doing now but figured he ought to pay her a visit, even though it was the last thing he wanted to do.

“Save me from old girlfriends,” he muttered as he banged out of the car. He hated confrontations with women, thanks to his dealings with his own mother and the crappy way he’d ended his relationship with Sienna. Showing up drunk at her wedding had been the icing on the cake.

The pain of that day still gnawed at his soul.

Jack rounded the hood and clapped him on the back. “Talk to LeBlanc. He’s new, but he can probably unearth a lead or two for you. Something to help break the ice with Sienna.”

“Doesn’t sound like it.” Nate entered the squad room, lowered himself wearily into his chair, and tried to call the Cold Case detective, Alfred Lutz.

No luck. Lutz was out sick and didn’t answer either of his personal phones, home or cell.

Thanks for taking the time to visit with me, Melanie. Fabulous cover, and I can’t wait to read the book.